Entriia is of average height for a Kaldorei. She has a long mane of Snowy white hair and brilliant white eyes common to Night elves. Her face has two long Druid markings down the length of her face. 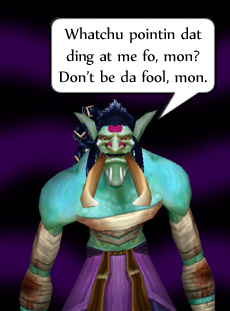 All Dead as far as she knows.

Her home was destroyed and her family killed when she was 5 ((human years)). Escaping to Astranaar on the family saber, Swiftwind, Entriia was taught the ways of the druid by her adopted father, Khadril, a Druid of the wild. She took to traveling the lands of Kalimador for some years alone, before making her way to Stormwind city. She could speak little common and was extremely shy and naive for her age after years alone. After being attacked by The Scarlet Missionaries she joined the group named The Order. She eventfully became aware that her dreams were showing her something. Opening herself up to the dreams, aided by Dreanna, former guild leader of the order, she was shown a vision of herself in an ancient Tomb within an ancient Oak in Ashenvale. Venturing to this tomb Entriia found the remains of a long dead Druid of great power. The Druid entered Entriia's mind and now dwells within it, occasionally taking control when she sees fit.

The Darkstorm family is an old family that goes back before the sundering. The clan has been spread considerably but now little of them remain.

Entriia is fiercly loyal to those she thinks of as friends. Likes to spend a lot of time as a Panther which effects her slightly. Entriia is often seen with a strange blade, it seems to glow with a sickening hue at certain times. Entriia seems to caresss and stroke the blade often.

Is becoming a darker person. Giving into instincts and lusts. Addicted to the blood mist. Trying to learn how to control the Blood Mist.

Retrieved from "https://scarteleu.fandom.com/wiki/Entriia?oldid=7456"
Community content is available under CC-BY-SA unless otherwise noted.