The "Faramos" were a noblehouse of Lordaeron led by Ashmur Faramos. It later got destroyed when the Scourge arrived. Many of its members are now among the Forsaken ranks. Rebuilt by Oscurit, previously named Marcus Rayan Faramos, the Faramos are trying to regain their previous respect who was not only for their political influence, but for the incredible variety of military resources they had once. Inside the Forsaken ranks they greatly weakened but this doesn't mean they doesn't have any relevance inside the Dark Lady's ranks. During the Ashenvale campaign the Faramos betrayed the Horde and the noblehouse was about to shatter. It was thanks to the Faramos testment, where Oscurit left his house to an esponent of the minor nobility, Gulamir Rukadare, that the House still exists. The Leader has returned to be now Oscurit Faramos, altrough the House is not officially recognised as allied to the Horde.

The mentality of the Noblehouse is very rigid, based on a severe discipline where only the Nobles have an aristocracy (note that this word means "few have power" and does not hint noble in any way). Not allowing to contest the leader's decision, the House recruits everyone that needs to enter, for protection of profit, owning the members with fear and threats.

The Noblehouse has three virtues:

The serpent, in the Houses Sigils, stands for the power and the eternity of the dinasty. Some others claim the serpent to represent the infection. Altrough such voices are seen as negative from the majority of the nobles as the sigils should have just positive means. The strange colour of the Blue serpent, says Oscurit Faramos, hints that his people were following the Blue Dragonflight from the origins of the Blue Dragons. Such claims may be wrong, terrible wrong. But the opposite may even be right... 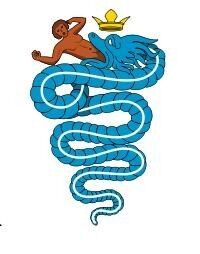 The Faramos's greatest members have made not only actions that brought them to be respected among the human lands of Lordaeron, but some of them have made incredible actions even noted in some books often for their incredible pathos.

RP Events with house of the Faramos's support[edit | edit source]

Often the Faramos attacks with guilds or clans, or aid them in their assaults. Here are some examples when more than two members of the House attacked someone.

Retrieved from "https://scarteleu.fandom.com/wiki/Faramos?oldid=59142"
Community content is available under CC-BY-SA unless otherwise noted.