Stonemasons Union are a criminal guild based in Westfall, although their deeds can happen anywhere in Stormwind's Kingdom. The masons don't consider themselves to be criminals at all, just a group of women and men wanting vengeance for deeds past and present by the kingdom of Stormwind. Few members have formal military training, but their hidden talents and a thirst for revenge make this tight-knit group a force to be reckoned with.

﻿After the orcs in the First war razed Stormwind to the ground, Stormwind required a small army of talented workers to begin a massive reconstruction project on the city. However, after bringing the city back to it's former glory, the promised wealth was not given to these builders and engineers. Unwilling to offer any payment to the workers, the nobles promptly exiled every single one of them from the city after they sparked riots, leaving them with just the tools in their hands and the clothes on their backs.

The workers rallied under Edwin Vancleef, and once they had gotten a foothold in Elwynn they moved on to Westfall. Without military protection, Westfall became a dangerous place full of poverty and 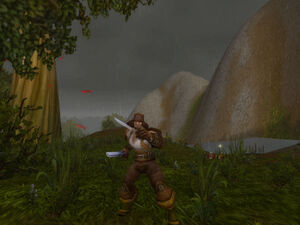 neglect. Farms were overrun, mines were deserted and the people not allied with the Defias lived in squalour.

Although the People's Militia was formed to combat this threat, a small group of Westfall citizens felt that this wasn't enough, but it wasn't until the return of Vanessa Vancleef and the Defias that they moved into action. Sympathetic to the Defias's plight but protective of their homeland, the Stonemasons Union pins Stormwind as the root of all evil and plan to take up a position of power within the city walls, to change it for the better. If this is refused, they will simply aim to take it by force. 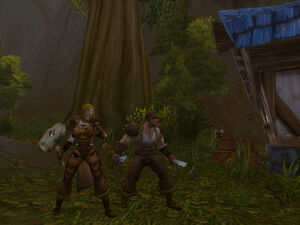 Contact Bénjámín or Dalmort for an invite to the guild, and we'll give you an OOC interview as soon as possible. Remember though, no RP until you've been OOCly and ICly approved.

All this information is OOC, and metagaming will not be tolerated.

Retrieved from "https://scarteleu.fandom.com/wiki/Stonemasons_Union?oldid=56825"
Community content is available under CC-BY-SA unless otherwise noted.