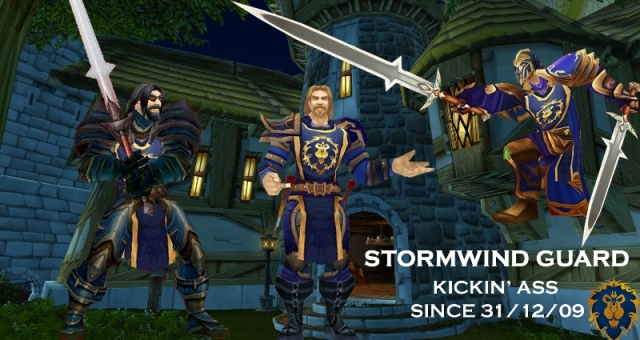 Stormwind Guard is the first and last line of defence for the city and kingdom of Stormwind. Trained like soldiers, the Stormwind Guard are unafraid of tackling every problem that plagues the streets, from mild thuggery to full-blown cultism. They are tightly-knit and extremely loyal to one another, leaving no room for insubordination. Punishments are infrequent but heavy; disobedience earns severe corporal punishment.

www.stormwind-guard.webs.com is our official website, which contains comprehensive information on ranks, recruitment, and other etcetera.

Retrieved from "https://scarteleu.fandom.com/wiki/Stormwind_Guard?oldid=56827"
Community content is available under CC-BY-SA unless otherwise noted.