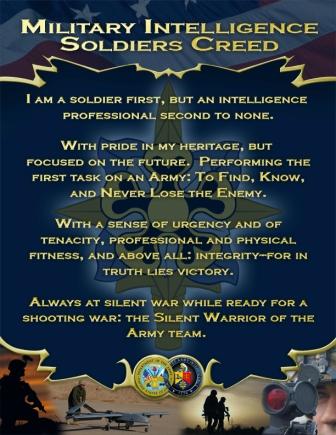 Name of the organisationEdit

Stormwind Intelligence, 7th Department. This is often contracted to SI:7.

SI:7, which is led by Master Mathias Shaw nowadays, has more than two thousand members divided into five divisions, or fingers. Each finger is led by a thumb. First two are the elite assasins and spies, few in numbers and each one is a brilliant fighter. Third finger concentrates on gathering materials and items requested by others, fourth one is all the espionage and contains the main bulk of SI spies, fifth - odd jobs and recruitment - Stormwind Military Register ((aka WoWWiki))

Inside each finger different groups and taskforces exist. For example, tactical subdivision of the Fourth finger, newly formed group under the leadership of Delvren Korre Stone, Investigator Supreme. They concentrate their efforts on less global and more everyday needs of Alliance, leaving more manpower and resources for other divisions to make more consequential moves against internal and external enemies. They are still the part of organisation and will do whatever Master Shaw will order them to do.

...What was that noise behind my back?Edit

SI is build in type of a spy organisation. Cloak-and-dagger, cover ops, following suspects, looking for informants in 'evil' and criminal guilds... Everything that Intelligence Department should do. Therefore, organisation accepts rogues -only-. But! We also have so-called ACT, which stands for Assault Crash Team, and consists of FIVE (not more) mail/plate wearers. A few Mystics aka Mages also will be welcomed to join our ranks... three would be enough. Of course, a skilled medic, who can help our renown and respected Doc Mixilpixil will also be met more than gladly. ...And don't scream when we appear behind you. We aren't thugs nor criminals. When we need some questions asked, we ask them. After that... you're free to move on. SI can even pay some cash for a vital information considering our current tasks and wanted criminals.

The main bulk of division consists of rogues, who do the work of spies, informants and more. They are divided into operative teams, which is formed of Field Operatives led by a Coroner.

Also, ACT is ready for immediate action, when we can't or have no time to reach the army for some brute force. These lads are strong, tough and know how to hold a sword alongside with inner love to breaking things. They are called Shock Troops in the inner rank system.

Employed Mystics are three Stormwind mages skilled in arcane arts and illusions. Their magic can be used for putting on an invisibility spell, distracting an opponent and dozens of other things. They are usually attached to an operative team.

Operative Extra Class is the highest non-officer rank in the organisation. These people are few in numbers, but undoubtfully skilled with both infiltration tactics, disguising and other necessary things that may help a spy in his assignments.

The person freshly recruited in SI receives the rank of The Watched One. He still can get important tasks due to some... shortage of hands down here, but needs to pass the trial for receiving a full membership.

Coroner is the first officer rank in organisation, and one of the most important ones too. He/She must be helpful to members and lower ranks, creative in terms of organising events and communicating with other guilds, be able to dedicate a little more time and efforts to the SI. Coroners lead operative teams in the field. Head of ACT and the leader of Employed Mystics both have the ranks of Coroner, but lead their own groups.

Right Hand is division's second-in-command. Currently this post is occupied by Cerinne Von Brade. R.H. helps Investigator in different things such as inner and foreign relations of organisation, holds meetings when Investigator is unavailable to do so, and a lot of other everyday work.

Retrieved from "https://scarteleu.fandom.com/wiki/Stormwind_Intelligence?oldid=56826"
Community content is available under CC-BY-SA unless otherwise noted.